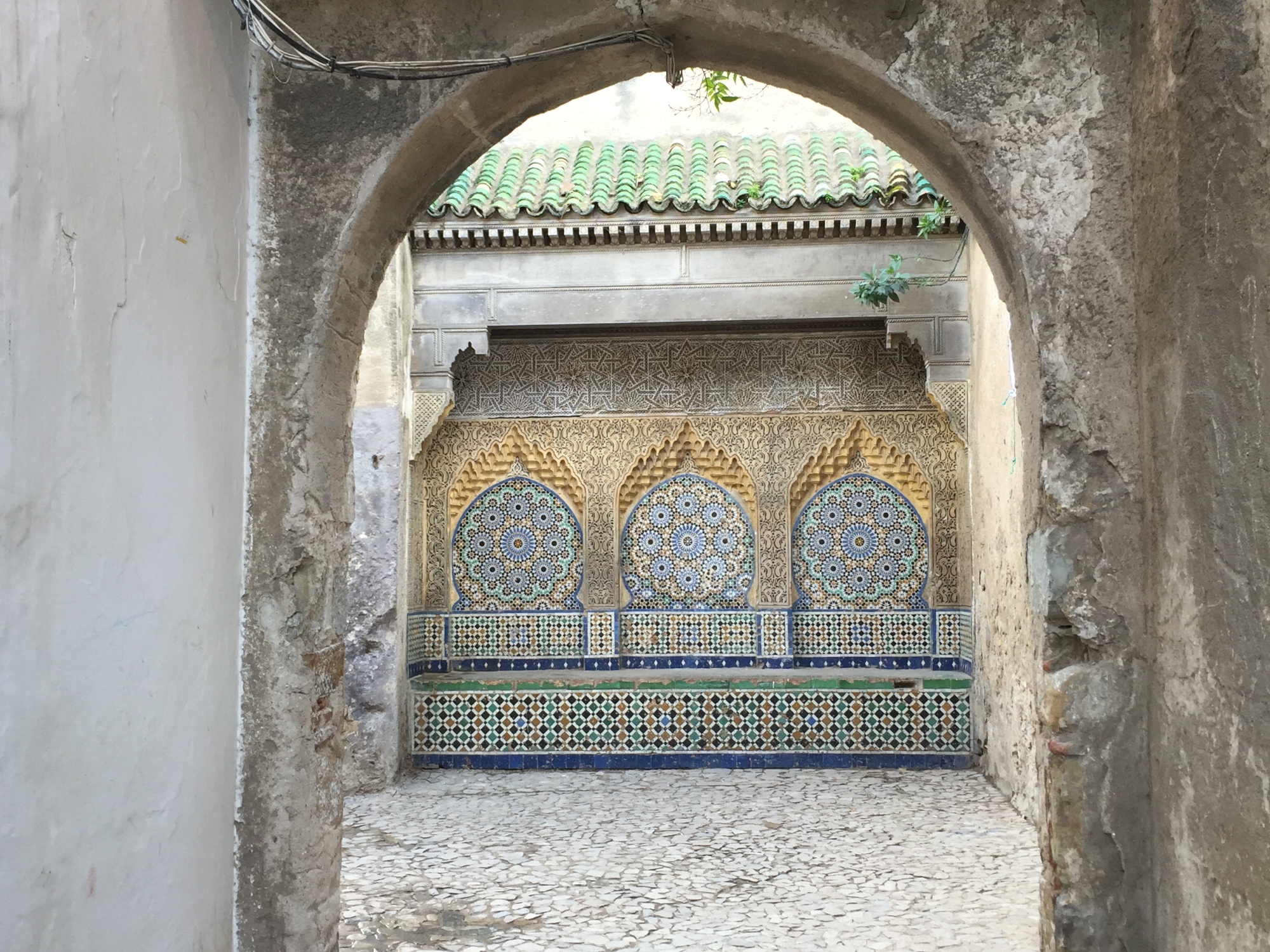 Tangier, a city on Morocco’s northwestern tip, is rich in history and importance. From the Greeks and Romans, through European occupation, the strategic location has been valued throughout history. The location is also stunningly beautiful, offering panoramic views of the Mediterranean Sea and Atlantic Ocean, and on a clear day views to Spain and Gibraltar. Artists like Matisse and Degas found inspiration in the city, and writers like Jack Kerouac, Tennessee Williams, and Allen Ginsberg spent time in the city as well. Tangier has an air of bygone elegance – once attracting stars such as Elizabeth Taylor and Barbara Walters who attended Malcolm Forbes’s 1989 multi-million dollar birthday extravaganza at his Palais Mendoub. The city today remains a fascinating and diverse place – a perfect place for a weekend of exploring.

One of the best ways to explore the city is on foot, and a walk through the maze-like medina streets (the old city area) is a great place to start. You can find goods of all kinds, from tourist-oriented streets selling Moroccan products, to more local-heavy streets with fruits, vegetables, fish, and more. Sunday, in particular, is a day when vendors from outside the city will come with local produce and the array of fruits and vegetables was astonishing. Even if you’re not shopping for food, it’s a sight to behold! There’s a number of attractions within the medina itself, such as the American Legation, but due to the brief nature of this trip, we’re saving those for another visit.

After a day of wandering through the city, the historic Hotel Continental has an outdoor terrace overlooking the sea that is a nice place for a cup of mint tea. The interior of the building is absolutely stunning with ornate tilework, painting and décor and you can sense through the faded elegance the importance this hotel once held in Tangier.

If you’re ready to escape the city for a bit, hire a cab (negotiate price!) and take a drive out to Cap Spartel and Cave of Hercules. Cap Spartel is the northwestern point of Africa and has an historic lighthouse and fantastic views. There’s no need to budget in a lot of time there, but it’s great for a few photos. There is a restaurant on site as well. Cave of Hercules, just south of Cap Spartel, has just undergone some upgrades, and now offers an assortment of options for tourists before entering the cave (shops, restaurant). The cave itself was allegedly carved by the Phoenicians before being used by the local Berbers to cut grinding stones during the Roman era. The vastness of just how much was dug out for grindstones is surprising, and the markings are really clear as you wander through the cave’s rooms.

An off-the-beaten track site worth checking out just west of the medina is a rock outcropping covered in ancient Phoenician tombs. The locals find it doubles as a great place to sit with an unobstructed views across the strait, but the (unprotected) rock tombs are a surprising find and worth a look. Look for the pillar lined street just across from Place du Parc on Avenue Hadj Mohamed Tazi, and follow it to the sea. Nearby is the famous Café Hafa, where since 1921 many celebrities and writers wiled away the time with a cup of tea and the ocean views. Today the café skews heavily local, making it all the better as a hidden gem in the city.

Hotel La Maison Blanche
This nine room boutique hotel is the Moroccan riad of your dreams. Located in the old medina, this hotel, once a family home, has been renovated into a chic and relaxing retreat. There are comfortable places to sit and relax off the central courtyard, but the real gem is the two-level rooftop terrace. From the riad’s location at the top of the hill in the old city you have panoramic views of the city and sea, and on sunny days breakfast is served on the terrace as well. The hotel is tucked into a residential neighborhood so from your windows or the terrace you may catch glimpses of Moroccan families hanging out laundry or having conversations – the local flavor of the neighborhood certainly adding to the overall experience. The hotel’s owners, Pilar and Aziz, could not be more accommodating and truly went above and beyond to ensure an excellent experience. The room rate includes an excellent breakfast, rich with local Moroccan baked goods, fresh fruit and eggs, and some delightful French pastries as well (including a pain au chocolat that rivals the best you’ll find in Paris!). For an outstanding Tangier experience at a great value, there’s no place to stay but Hotel La Maison Blanche.

GETTING THERE AND AWAY

There are many ways to get to Tangier, but if we have the option to take a train, that’s always our pick! The train from Rabat took about four hours. A first class ticket cost about $15 USD, and provided a reserved seat and more space. We were unable to buy tickets online in advance – the website rejected our credit and debit cards, but buying tickets at the station was very easy. Trains don’t seem to run exactly on schedule in Morocco, so be prepared for delays. The train station in Tangier is less than five kilometers from the medina, and taxis are plentiful out front.

Tangier also boasts an airport with regional and international flights, and the ferry to/from Algecrias in Spain takes less than an hour.

Tangier offers a fascinating mix of old Moroccan glamour with a dash of newer sites and amenities. The city’s diverse history and position on the Strait of Gibraltar provides for a melting pot of cultures and traditions. You can easily spend days discovering the city’s neighborhoods and history, and even more time exploring the natural sites and beaches just outside the heart of city. French, Arabic and even Spanish are widely spoken, and having some basic phrases in these languages will make navigating the city even easier. We are looking forward to a more in-depth trip to Northern Morocco and more time in this unique city!